The Full House Without Michelle project is a video series in which I digitally remove the character of Michelle Tanner from the American sitcom Full House.  I principally achieve this effect by manually rotoscoping frame-by-frame in Photoshop.  Collectively, the videos have garnered over 2 million views on YouTube. 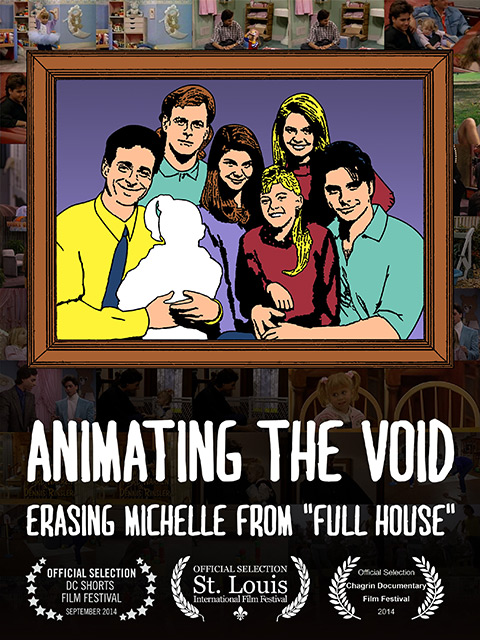 Animating the Void: Erasing Michelle from “Full House” is a short documentary about the FHw/oM project.  I served as the film’s writer, director, & narrator.  It premiered at the DC Shorts Film Festival, and it also screened at the Chagrin Documentary Film Festival & the St. Louis International Film Festival.